The Quantum is a brand new shape for wind swell based based wave sailing with a huge register – from light wind to high wind and from onshore to sideshore. Just as much as our original Quantum, it is super loose and effective in smaller surf, but now also handles bigger waves, faster riding and choppy conditions most effectively. Like before, the Quantum stays loose and effective also when loaded with a bigger sail, but the added control of the new design also allows you to choose the board a bit bigger to gain some spare volume. The more stable tail of the Quantum allows big jumps in powered up conditions with excellent control. The new Quantum is based on a short, curvy and wide outline, featuring a medium rocker with a fast tail. This is combined with a creative single-double concave running into a slight vee in the tail. This hull shapes add stability and control. All Quantums comes with five fin boxes to allow a large spectrum of trim options. Standard setup is quad, twin and tri fin setups are available as alternatives:

QUAD
For sideshore, bigger waves or choppier conditions, a quad setup will add control and grip. The front fins will push some more rail in the water and lower the nose, adding more security both on the way out and on a fast wave. The lower maximum fin depth also gives a smoother and easier turn entry at very high speeds, which comes in handy when you need some fin area for upwind work but still needs looseness once on a fast and furious wave.

TWIN
The twin fin Quantum is the fastest and most free and lively running of the bunch. With only two fins, drag is lower and the fin power acts further back on the board. This lifts the nose of the board which in a straightline adds further speed and gives more looseness and quicker reactions in turns. The combination of twin fin and the fast tail rocker provides great ability to set up the top turn either for slashy release or solid power hooks.

TRI
The tri fin Quantum rivals most freewave boards for early planing, upwind performance and ease of sailing while still providing awesome turning performance. The tri fin setup provides plenty of power for bigger sails and excellent bump and jump performance. On the wave, this setup gives the best possible projection and drive in the turns, assisting the sailor in keeping speed through the bottom turn even in slower waves. 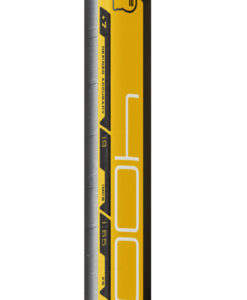 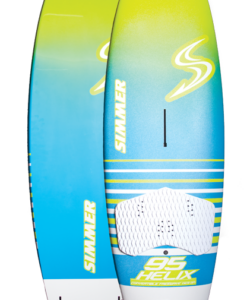 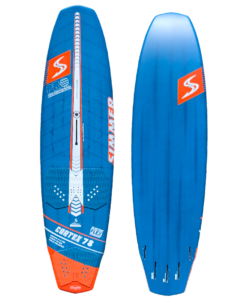 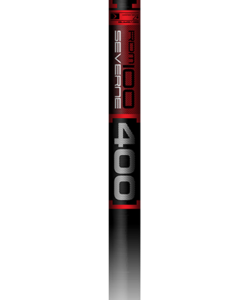 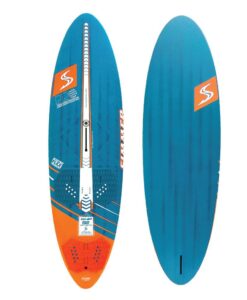 We are trying to keep our web shop up to date. However, we often only find out after an order has been placed that some articles are no longer available.

Please be aware of this.

Important: Before you pay for an on-line order, please wait for us to confirm or contact us to ensure availability by e-mailing: Info@surf-fun.ch